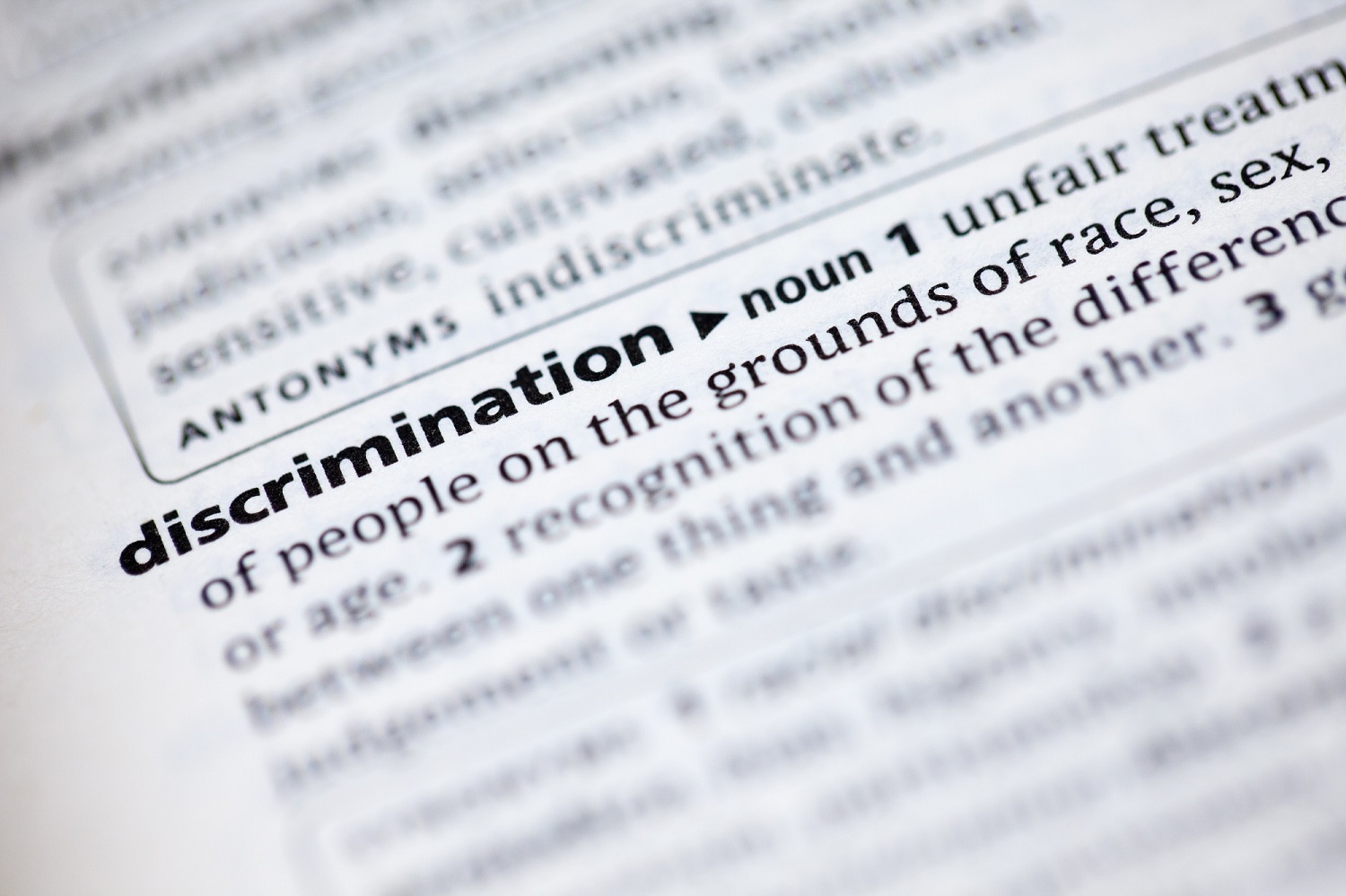 For the first 144 years since the founding of our country, it was illegal for a woman to vote. In the 1872 presidential election, Susan B. Anthony voted in New York. Because women did not have the right to vote, she was arrested, forced to face a widely publicized trial in court, and found guilty of illegally voting. Under the eyes of the law, she was a convicted criminal. For the next 34 years until her death, she campaigned for a constitutional amendment granting women the right to vote.

It was not until 13 years after her death that Congress, on June 4, 1919, voted in favor of granting women the right to vote with the requisite number of states ratifying the proposal on August 18, 1920. As a result, the United States Constitution was amended to unquestionably grant women the right to vote in any and all elections.

Nevertheless, discrimination on the basis of sex persisted for decades. One such notable example was only a few years later in 1939 when the United States Board of Tax Appeals, under Judge Clarence Opper, issued a shockingly sexist ruling that has continued to be cited for nearly a century without question.

In 1937, Henry and Lillie Smith were husband and wife. They were both employed on a full-time basis; very uncommon in those times. They engaged the services of nursemaids to care for their children and those services were performed outside the home; the modern equivalent of an infant daycare facility.

According to Section 24(a)(1) of the Revenue Act of 1936 (the law in effect at the time), Congress declared that in “computing net income, no deduction shall in any case be allowed in respect of personal, living, or family expenses.”[1] From the perspective of Mr. & Mrs. Smith, these expenses were not personal or family; rather, they were ordinary and necessary expenses to pursue a trade or business.

The Commissioner of Internal Revenue initiated an examination of the Smiths' 1937 federal income tax return. Upon examination, the Commissioner disallowed the deduction for child care expenses and issued a deficiency notice. Mr. & Mrs. Smith petitioned for judicial review before the U.S. Board of Tax Appeals in the case we now cite as Smith v. Commissioner.[2]

Judge Clarence Opper presided over the case. In his ruling, he called “the working wife a new phenomenon.” This laid the foundation for a claim that this was not "ordinary." He explained that he was not prepared to declare that the care of children is anything “other than a personal concern” since the wife’s services as “custodian of the home and protector of its children are ordinarily rendered without monetary compensation.”[3] Judge Opper elaborated and explained that, in this case, “the wife has chosen to employ others to discharge her domestic function.” In other words, according to Judge Opper, because he viewed a woman’s natural function to be cleaning the home and caring for the children, it was, in his opinion, an inherently personal expenditure to hire others to perform her function. Therefore, the expenses were not deductible on that basis. On the basis of a shockingly discriminatory view of the role of women in our society.

This case shows that the reasoning for which the deductibility of child care expenses was denied was based upon an archaic view of the role of women in our society. In only a few short sentences, Judge Opper disgraced his role as a representative of the federal judiciary to declare that, because he considered a woman’s natural function to be the caring of children, it was an inherently personal expenditure to hire others to perform that function. It is upon that sexually discriminatory basis that Judge Opper declared child care expenses non-deductible personal expenses.

This case evidences that the genesis, origin, and reasoning behind the non-deductibility of child care expenses is based upon unconstitutional discrimination on the basis of sex in violation of the Equal Protection Clause of the Fourteenth Amendment of the U.S. Constitution.

In fact, one federal court already found that the prevailing interpretation of Section 262 “might impose a particular burden on working women.”[4] Of course it does. That was Judge Opper’s invidious intent.

And this case is not merely some obscure relic of our federal judicial history. The indisputably sexist Smith case has been cited as binding legal authority, without thorough analysis, in the federal judiciary 26 times[5] as recently as 2011 in Kuntz v. Commissioner.[6]

In Commissioner v. Moran, the court held that a personal expense exists when it is a type of expense that is generally incurred by all people.[7] Do all parents incur child care expenses to pursue a career? Absolutely not. In fact, according to the U.S. Bureau of Labor Statistics, 35.8% of U.S. households had only one working parent.[8] Stated differently, more than 40 million family households have a homemaker parent that cares for the children on a full-time basis. Therefore, applying this rule as outlined Commissioner v. Moran, child care expenses are not of the type generally incurred by all people and, thus, would not be inherently personal family expenses. Therefore, in accordance with that rule, child care expenses would be deductible.

In Commissioner v. Doak, the U.S. Court of Appeals for the Fourth Circuit held that the blanket ban on personal and family expenses could only be overruled by statutory exceptions elsewhere in the Code.[9] Section 162 permits a deduction for “all the ordinary and necessary expenses paid or incurred during the taxable year in carrying on any trade or business.” In maintaining one’s employment, is it not ordinary to have someone watch your children? In fact, is it not necessary both for the workplace that does not permit children as well as the law that criminalizes leaving children unattended? Therefore, in accordance with that rule, child care expenses would be deductible.

In Northern Trust Company v. Cambell, the U.S. Court of Appeals for the Seventh Circuit added that it is not only the nature of the expense itself but also the proximate relation to business.[10] Do companies allow single working parents to bring their children to work? Is it not implied that, if you have children, you must secure the services of a competent person to supervise them? The U.S. government spends nearly $2.5 billion annually in tax credits and other subsidies to reward companies that provide on-site child care facilities because of its proximate relation to business. Therefore, in accordance with that rule, child care expenses would be deductible.

Based on the foregoing, it is our firm’s conclusion that Section 262, as applied to the deductibility of child care expenses, is unconstitutional as-applied. This is a much more narrowly focused constitutional challenge based on circumstances. In the event it somehow survives a constitutional challenge, it is our firm's conclusion that the expense is still deductible under Section 162 by virtue of the opening clause of Section 262 that states "except as otherwise" provided in the Chapter 1, Normal Taxes, which includes Section 162.

Therefore, we do not see a situation where, based on this legal approach, a denial of a deduction for child care expenses could be upheld in federal court.

In order to settle this issue, we call upon the White House to issue an Executive Order promulgating a temporary regulation declaring “Personal, living, and family expenses shall not include the cost of child care that is necessary for the purpose of maintaining employment but only where the employer does not provide child care facilities.”

Coupled with legislation modeled after the individual healthcare mandate, we propose mandating that companies with more than 25 employees must provide child care for their employees. This would save the U.S. government about $2.5 billion in tax subsidies it currently grants to promote child care.

John Anthony Castro, J.D., LL.M., is the Managing Partner of Castro & Co., the author of International Taxation in Plain English as well as International Estate Planning in Plain English, an esteemed graduate of Georgetown University Law Center in Washington DC where he earned a Master of Laws in Taxation, an OPM Fellow at Harvard Business School, and an internationally recognized tax attorney with offices in New York, Los Angeles, Miami, Chicago, Dallas, and Washington DC. Mr. Castro has been covered in Forbes, Tax Analysts, Entrepreneur, International Business Times, and the Nevada Law Journal. This International Tax Online Law Journal has been recognized by NYU Law Library as an authoritative legal source.

To provide feedback on this article or suggest an idea for a future article, please contact Tiffany Michelle Hunt, J.D., LL.M., Director of Tax Planning at Castro & Co., at T.Hunt@CastroAndCo.com.

[1] The statutory successor to this provision is Section 262(a) of the Code: “Except as otherwise expressly provided in this chapter [Sections 1 through 1400z-2], no deduction shall be allowed for personal, living, or family expenses.” Unlike the former provision, the modern provision leaves open the possibility of exceptions. It is therefore subordinate to other sections that may permit the deductibility of “personal, living, or family expenses.”

[3] Interestingly, Judge Opper cited Burkhart v. Commissioner, a case in which compensation rendered to a wife for domestic services was judicially declared to be “not income” for federal income tax purposes. 11 B.T.A. 275 (1928). Again, for clarification, that case did not only declare that the expense was not deductible to the husband but went further in declaring it was “not income” for the wife. This case actually contradicts Judge Opper’s legal reasoning.

[6] T.C. Memo. 2011-52 (T.C. 2011). In this case, a husband had a wife with Alzheimer’s disease. In order to pursue gainful employment, he had to hire a caregiver. The U.S. Tax Court denied the deduction. The taxpayer did not appeal, but only because the expense survived as a deductible medical expense. The court, in a footnote, also pointed out that the taxpayers could have claimed a credit under Section 21, which evidences that the taxpayers were simply not knowledgeable of the law.