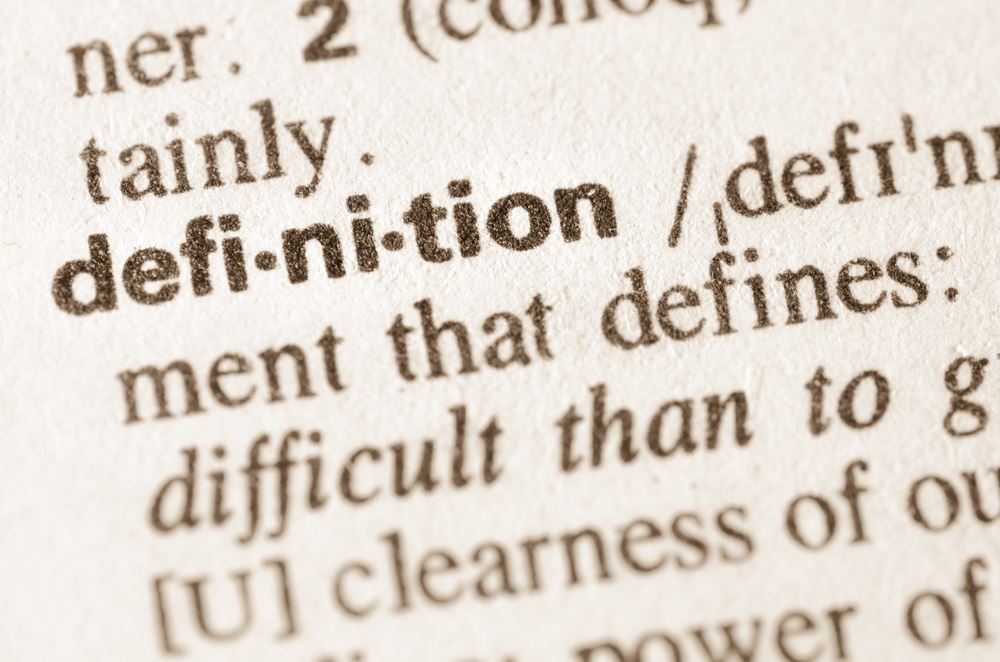 Because of the privileges and protections associated with U.S. citizenship, any person born or naturalized in the United States and “subject to its jurisdiction” is a citizen subject to taxation on their worldwide income regardless of their country of permanent residence, family history, or loyalties.[4]

As long as an individual has the subjective intent to relinquish U.S. citizenship, the individual shall “lose his nationality by voluntarily performing any of the following” acts: obtaining citizenship in a foreign country, formally declaring allegiance to a foreign governmental body, serving in the military of another country as a non-commissioned officer or any position if the country is engaged in hostilities with the U.S., performing duties for a foreign government as a citizen of that country, formally renouncing, or committing treason.[5] It may be possible to retroactively establish loss of citizenship by filing a Certificate of Loss of Nationality. For the specifically listed acts above, there is an administrative presumption of intent to relinquish citizenship.[6] Without subjective intent to relinquish U.S. citizenship, however, there can be no loss of citizenship.[7]

An individual becomes a lawful permanent resident (“LPR”) of the U.S. when they are “lawfully granted the privilege of residing permanently in the United States as an immigrant in accordance with the immigration laws.”[8] The IRS takes the position in Publication 519 that the privilege is granted on the mere issuance of permanent resident card; apparently even if they are still overseas and have never stepped foot on American soil. Some practitioners take the position that an individual is not “granted the privilege” until (1) formal admission into the U.S. with the green card in-hand, (2) if they are already present, official approval of an Application for Adjustment of Status, or (3) when you re-enter the U.S. with the green card instead of a visa. Thereafter, the individual remains an LPR until the status is formally abandoned, administratively revoked, or judicially revoked.[9] However, Treasury does not have the authority to define what constitutes a Lawful Permanent Resident under immigration law; therefore, it is our firm’s position that the regulatory requirement of formal abandonment is invalid as a matter of law.[10] Nevertheless, we will analyze the legally invalid regulations for the sake of thoroughness.

Formal abandonment is accomplished by either (1) filing USCIS Form i-407 in-person at a U.S. consulate or U.S. Port of Entry or (2) providing evidence that the i-407 and a dated letter stating the individual’s intent to abandon with the Green Card attached was mailed to a Consular Officer.[11] Although DHS Form i-151 requests the date of abandonment for immigration purposes, the IRS considers the abandonment date to the filing date without statutory authority for interpreting it that way.[12] It is important to emphasize that a person does not have the “privilege of residing permanently” in the U.S. until formally granted entrance into the U.S.; therefore, if you got the green card while overseas but never entered the U.S., there is legal authority for the position that you never actually become an LPR under the tax code.[13] Nevertheless, an individual may possibly accomplish retroactive statutory abandonment with a retroactive treaty election to be treated as a resident of another country.[14]

It is important to note that a green card holder may make an election under an applicable treaty to be deemed a nonresident if and only if the individual is a tax resident under the domestic laws of both the U.S. and the treaty country, and, pursuant to the treaty’s residency tie-breaker provisions, the individual is deemed a tax resident of the treaty country. The individual’s election to be deemed a nonresident only affects their income tax calculation; they are still considered a resident for all other purposes under the Code.[15]

For example, Wentworth leaves the United Kingdom and arrives in the U.S. and stays for only 2 days in June. He returns again on September 1 and stays for 62 consecutive days until October 31. He again arrives in December and stays for 7 days. NOW, the 2 days in June are ignored because they occurred before a 31-consecutive-day period. The first 31-consecutive-day period started on September 1. From that point, Wentworth was present for 62 consecutive days plus 7 days in December for a total of 71 days. The total number of days between the first day of his testing period (September 1) and the last day of the year (December 31) is 92 days. You then divide 71 by 92, which is 77%. It’s greater than 75%, so Wentworth qualifies for the first-year election.

However, there’s an election quirk: an individual must wait until he or she satisfies the Substantial Presence Test in the following year to make the election.[16]

If the individual is not present for at least 31 days in the current year, they are not subject to the SPT regardless of the number of days present in the prior year; however, those “less than 31 days” are counted in the following years if they become subject to the SPT.[17] Practically speaking, if a person arrived on or before July 1 and remains the rest of the entire year, the substantial presence test will be satisfied for that tax year.[18] This even covers undocumented immigrants that illegally entered the U.S.[19] However, individuals can avoid the Substantial Presence Test by qualifying for the “Closer Connection Exception.”

How would the IRS know whether you were in the U.S.? Easy. Using the U.S. Customs and Border Protection i-94 website (arrival/departure record), an IRS examiner can enter your name, date of birth, and passport details to look at your travel records for the past 5 years.

Are all days counted regardless of circumstances? No, certain days based on circumstances can be excluded. Excluded days must be reported on IRS Form 8843.

The first set of days excluded are those that relate to an “exempt individual.”[23] Individuals with diplomatic status in general (diplomatic passport), a visa for full-time diplomatic work, a full-time employee of an international organization, and immediate family members of the aforementioned. [24] Although the NATO Visa is not specifically listed in Treasury regulations, NATO is a type of international organization contemplated in the regulations. Teachers on a J or Q Visas and students on a F, M, J, or Q visa can never qualify for U.S. tax residency during their visa period. However, teachers and trainees are only exempt for 2 years (4 years if paid by a foreign employer) and students are exempt for 5 years.[25] Athletes temporarily in the U.S. to compete in a charitable sports event may exclude those days from the SPT.[26] Beginning in 2016, the Science, Technology, Engineering & Mathematics Optional Training Program (STEM-OPT) is an extension of the F-1 Visa. It’s technically a quasi-trainee visa but still legally classified as a student visa. As such, the employer won’t realize it, but an employee on an F-1 Visa with an approved STEM-OPT plan will be exempt from FICA taxes.

The third set of days excluded those associated with transit between two points outside of the U.S., such as a flight layover for less than 24 hours.[28]

The fourth set of days excluded are those related to medical immobility. An individual unable to leave the U.S. because of a medical condition that arose in the U.S. can disregard those days in which he or she was medically immobile.[29]

Based on the formula above for the Substantial Presence Test, if an individual were only present in the United States for 122 days each year for three years, he or she would satisfy the weighted average formula of the Substantial Presence Test. It hardly seems fair that 122 days should trigger taxation on your worldwide income. This is why the Closer Connection Exception exists.

A non-U.S. citizen can avoid a determination of U.S. tax residency if the individual was present less than 183 days in the tax year in question and has a “closer connection” to a “tax home” in the foreign country.[30]

A “tax home” is a principal place of residence that an individual maintains, throughout the entire year. This must be the location from which the individual calculates deductible travel expenses while away from home.

A “closer connection” is based on domicile, immigration status, and tax compliance. The individual must be prepared to show a closer connection to a foreign country. Facts that may be considered are as follows: permanent owned or rented house/apartment/furnished room, family, personal belongings, active memberships in social/political/cultural/religious organizations, personal banking, business activities, driver’s license, voting, country of residence listed on documents, and types of official forms filed. The individual should preferably have no pending immigration documents, such as Forms i-130 (Petition for Alien Relative), i-140 (Petition for Prospective Immigrant Employee), i-485 (Application for Status as Permanent Resident), i-508 (Waiver of Immunities), DOL Form ETA-750 (Application for Alien Employment Certification), or DOS Form OF-230 (Application for Immigrant Visa and Alien Registration). And lastly and most importantly, the individual must file IRS Form 8840, which is the official form for claiming the Closer Connection Exception.

No Exception for Asylees or Refugees

There is no exception for refugees and asylees seeking refuge or asylum in the U.S.[31] Refugees have one year to apply for LPR status after admission; asylees have more than one year. Both will become subject to tax under the Substantial Presence Test if admitted before June 30. In essence, the “fee for asylum” is becoming a member of our tax system unless a tax treaty exception applies.

This entire article is merely the definition of the most basic term in international tax law: U.S. tax resident. This is a highly complex area of law. If you still have questions, please be wise and submit an online contact form with your question. We will then contact you via email to schedule a free consultation. In fact, right now, starts by the process by clicking here.

[3] See U.S. v. Wong Kim Ark, 169 U.S. 649, 702 (1898). It is arguable, however, that the U.S. Supreme Court required the alien parents to be "domiciled" in the U.S. at the time of the child's birth, which could be used to deny U.S. citizenship to children born in the U.S. by temporary non-immigrant visitors, especially children born as a result of "birth tourism."