What constitutes “willful” in determining the meaning of the term “non-willful” as used by the Internal Revenue Service in the Offshore Voluntary Disclosure Program and the Streamlined Offshore Filing Compliance Procedures?

The IRS recently published its own definition of non-willful conduct to mean “conduct that is due to negligence, inadvertence, or mistake or conduct that is the result of a good faith misunderstanding of the requirements of the law.” [1] This definition is identical to the standard applied under Internal Revenue Code section 7203.

The definition and meaning of willfulness are the same in both the civil and criminal context; [6] it is only the evidentiary standard and burden of proof requirements that differ. [7]

Under section 7203, any person required to file an income tax return who willfully fails to do so is guilty of a misdemeanor. [8] The standard for willfulness is “a voluntary intentional violation of a known legal duty.” [9] The elements of the offense are the failure to file a return [10] and willfulness in doing so. [11] The offense is not committed unless the taxpayer has actual knowledge of the existence and the specific intent to evade it or reckless disregard of the foreseen possible existence of the obligation. [12] Willfulness requires that failure be committed purposefully with awareness of action, not just negligently or inadvertently. [13] It means a voluntary, intentional violation of the known legal duty to file, [14] and the taxpayer’s motives in failing to file such return are immaterial and irrelevant. [15]

It should be noted that although the U.S. Supreme Court once stated that “until Congress speaks otherwise, we… shall continue to require, in both tax felonies and tax misdemeanors that must be done ‘willfully,’ the bad purpose or evil motive described in Murdock v. U.S,” [16] it later quietly reversed that position and held that there is “no requirement of finding of ‘evil motive’ beyond a specific intent to violate the law.” [17] Although the government need not show mens rea or that taxpayer had evil-meaning mind; finding of willful conduct would necessarily negate any possibility of good faith in failing to file income tax return. [18] Therefore, whether the taxpayer had a good motive [19] or bad motive is irrelevant; the only question is whether the taxpayer knew of the duty to file and deliberately failed to file. [20]

As previously mentioned, the definition and meaning of willfulness are the same in both the civil and criminal context. [21] However, the burden of proof and evidentiary standards differ. In the civil context, the government must prove willfulness by “clear and convincing evidence.” [22] In the criminal context, however, the standard is, of course, “beyond a reasonable doubt.” [23] While a set of facts and circumstantial evidence may not be enough to prove willfulness “beyond a reasonable doubt” in a criminal case, it may be enough to prove willfulness with “clear and convincing” evidence in a civil case.

Therefore, because the government can more easily prove willfulness in the civil context, the only way to certify non-willfulness is for the taxpayer to be certain that the facts do not support of finding of willfulness by “clear and convincing evidence.” Generally, because IRS Forms 14653 and 14654 require the taxpayer, individually, to certify non-willfulness for purposes of the Streamlined Filing Compliance Procedures, practitioners will have limited liability exposure.

Because willful failure to file is a specific intent crime, it absolutely requires proof of the intentional violation of a known legal duty. [24] Subjective, rather than objective, standard is to be applied in evaluating good-faith defense to charge of willfully failing to file tax returns. [25] In other words, in determining whether failure to file income taxes is willful, it is one’s subjective state of mind that must be judged. [26] For example, if a taxpayer genuinely believes that the law does not require him to file an income tax return because wages are not legally considered income, it is a defense to the finding of willfulness. [27]

There must be a deliberate intent to disobey the filing requirement. [28] This may possibly be inferred by supporting circumstantial evidence as discussed below.

Although courts will take into account both direct and circumstantial evidence, [29] the IRS has acknowledged that “cases involving willful FBAR violations will generally have to rely on circumstantial evidence.” [30] Circumstantial evidence of willfulness, standing alone, is sufficient to prove willfulness. [31] Circumstantial evidence includes “any conduct, the likely effect of which would be to mislead or to conceal.” [32] This could include the use of aliases and nominee entities, [33] concealing assets through the use of nominee trusts, [34] utilizing untraceable forms of payments like cash or money orders, [35] numbered accounts at foreign banks, [36] working with a foreign financial institution or advisor under U.S. indictment, or earning substantial income on reportable accounts but not reporting said income on one’s federal income tax return. [37]

The element of “willfulness” as used in this section requires a finding of a specific wrongful intent. [38] Nevertheless, if one intentionally disregards apprising himself or herself of the law, such deliberate ignorance may constitute willful blindness. [39]

Under the second method, the government must establish enough circumstantial evidence to either infer specific intent or establish reckless disregard of the reasonably foreseeable likelihood of the filing obligation. [42]

In Cheek v. U.S., [43] the U.S. Supreme Court held that taxpayer’s belief about what the law requires, regardless of how unreasonable it appears to be, is a question of fact for the jury. [44] In that case, the defendant, John L. Cheek, claimed that, based on his reading of the law, it was his understanding that he was not a “person” required to file a return because wages were not “income.” The lower district court refused to instruct the jury on this defense. The U.S. Supreme Court held that it was an error to not instruct the jury on Cheek’s defense of a good-faith misunderstanding the law. Evidence that the taxpayer researched the question, attended seminars, consulted experts, inquired of the IRS, or even talked with neighbors is helpful in establishing not only that he believed it but that his belief was not a recent, convenient invention.

Essentially then, the court in Cheek stated that the requirement of willfulness is an exception to the general rule that ignorance is not an exception to criminal liability, and distinguished between two types of persons: one who, in good faith, is ignorant of a duty or misunderstands it and one who recklessly avoided knowledge of a legal duty. Although the court held that willfulness cannot attach to the former type of person, it can attach to the latter. The term “reckless” is a highly technical legal term and should not be confused the ordinary meaning of the term. Black’s Law Dictionary defines recklessness as “[c]onduct whereby the actor does not desire [an unlawful outcome] but nonetheless foresees the possibility and consciously takes the risk.” Therefore, reckless disregard of the possibility of a filing obligation despite circumstances that would have apprised an ordinary, prudent person is sufficient to establish deliberate ignorance to evidence willfulness, which is not prohibited by the decision in Cheek. [45] In essence, this case created what is now known as the doctrine of willful blindness.

Therefore, willfulness can “be inferred from a conscious effort to avoid learning about reporting requirements” or where “a defendant was subjectively aware of a high probability of the existence of a tax liability, and purposefully avoided learning the facts point to such liability.” [46] Nevertheless, the government must still prove that, at some point, the taxpayer was made aware of the possibility of compliance issues.

It should be noted that the U.S. Court of Appeals for the Eighth Circuit [47] has held that willfulness “cannot fairly be equated with carelessness or recklessness.” [48] This is not, however, the general rule; it only represents a possible exception for taxpayers in that circuit.

A taxpayer is not excused from the offense of willfully failing to file a return because he had not previously been prompted or notified of his duty to file a return, [49] because he disagreed with the law, [50] or because he held the legal opinion that the statute [51] or Federal Reserve System [52] was unconstitutional. However, a taxpayer’s good faith belief that he need not file his tax return, [53] no matter how unreasonable the belief, [54] or a good faith misunderstanding or an inadvertence on his part, [55] constitutes justification for failure to file a return.

A failure to file income tax returns while holding the legal opinion that the law which includes wages is unconstitutional would be willful since it is based on an unsupported legal opinion, but the failure to file while believing in good faith that wages are not “income” as defined under the Internal Revenue Code would not be willful since it would be based on one’s understanding of the law. [56] However, a disagreement with Internal Revenue Code’s definition of “gross income” would not entitle the taxpayer to violate the law by failing to file a proper return. [57] Nevertheless, the courts have labeled constitutional challenges as being per se frivolous opinions that do not prevent the finding of willfulness. [58]

There is a difference between a good faith disagreement with the law based on an opinion and a good faith misunderstanding of the law [59] based on one’s reasonable efforts to understand it. [60] If, for example, a taxpayer genuinely holds religious beliefs concerning the invalidity of income tax laws or any other good faith disagreement with the law, [61]it does not prevent the finding of willfulness for the failure to file income tax returns. [62] If a taxpayer, however, holds the unsupported legal opinion that the Internal Revenue Code is unconstitutional, such opinion disagreeing with established case law and opinions issued by the Supreme Court would not negate the element of willfulness. [63]

In other words, it is crucial that the mistake, regardless of whether it is objectively reasonable or unreasonable, was subjectively [68] a bona fide misunderstanding of the law regarding the legal duty to file a return. [69] This naturally means that a less educated person is better situated to benefit from this exception. [70] 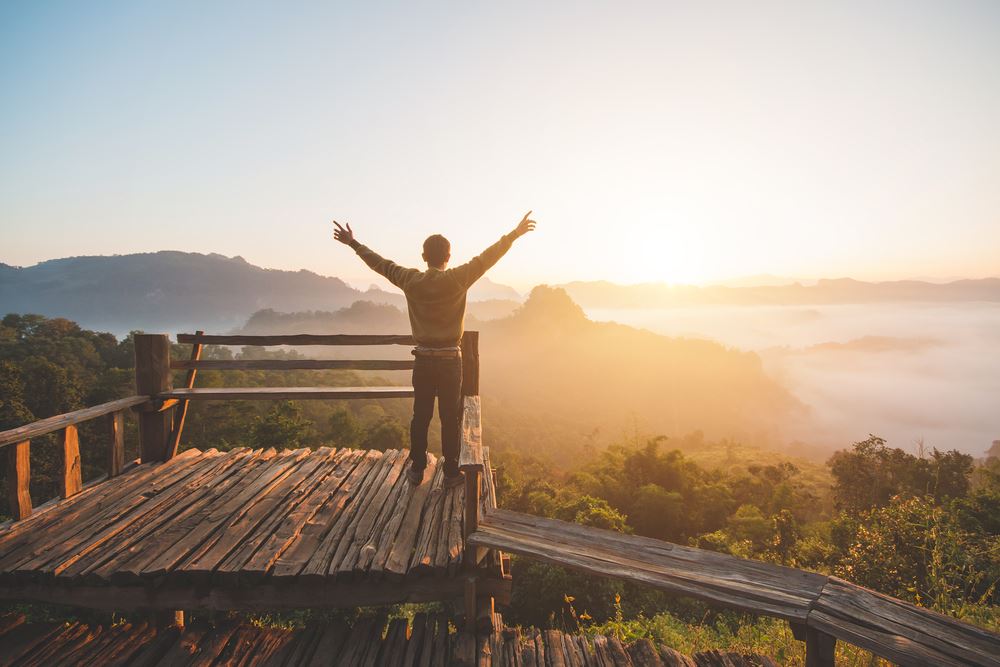 As a general rule, a taxpayer can establish non-willfulness by asserting that, based on a good-faith personal diligent reading of the law, there was a bona fide misunderstanding of the filing requirements and that the taxpayer genuinely believed he or she was not required to file the forms at issue.

It should be noted, however, that a good faith misunderstanding of the law does not constitute reasonable cause for the purpose of avoiding penalties under the Delinquent International Informational Return Procedures or Delinquent FBAR Filing Procedures.

[9] See Ratzlaf v. U.S., 510 U.S. 135 (1994). In Ratzlaf, the Court determined that the language of section 5324 on its own was not clear as to the requisite level of knowledge required to violate the statute and consulted section 5322(a) for additional guidance. Based on that section, the Court required that the government demonstrate proof of knowledge of illegality before a defendant could be convicted. However, since Ratzlaf, Congress amended section 5324 to provide “its own criminal penalty provision so reliance on § 5322 is no longer necessary.” See U.S. v. Vazquez, 53 F.3d 1216, n.2 (11th Cir. 1995). Thus, the only mental state apparently required under the new penalty provision is a purpose to evade the filing requirement.